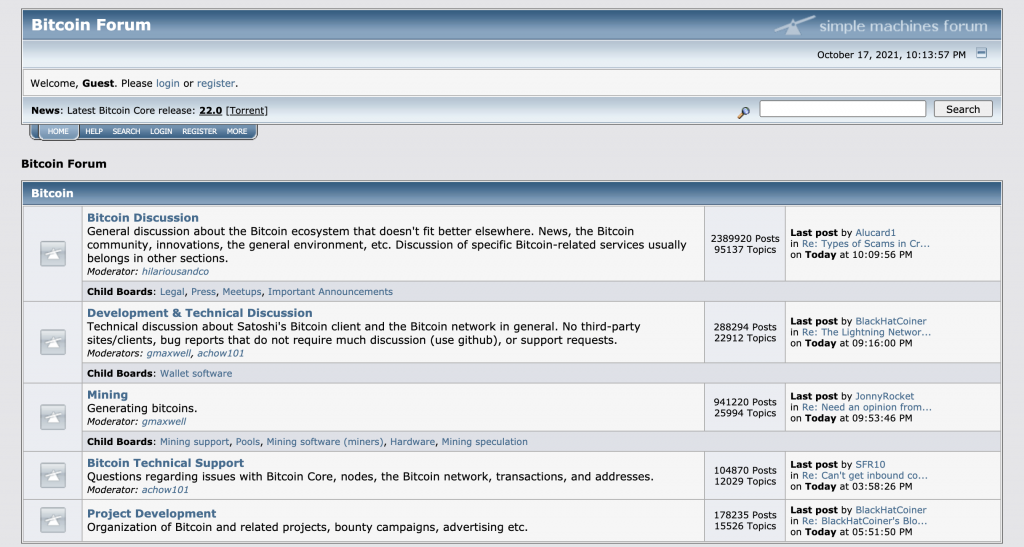 Bitcointalk is an Internet forum dedicated to the discussion of bitcoin, blockchain technology and cryptocurrency. The forum was initially created by Satoshi Nakamoto, the pseudonymous inventor of Bitcoin in November 2009.

The first user on the forum was named “admin”, and has an account registration date of November 17th, 2009. Satoshi Nakamoto created the Bitcointalk forum and posted the first public message in 2009 under the pseudonym “satoshi”, an account which was registered on November 19th, 2009.

Originally, the forum was hosted at “bitcoin.org”, a domain registered prior to the release of Bitcoin’s whitepaper.